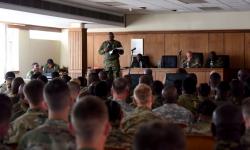 Female chaplain’s mission field is with the troops

Watching her husband and other Soldiers in the 1st Battalion, 128th Infantry of the Wisconsin Army National Guard’s 32nd Infantry Brigade Combat Team work through their deployment experiences in 2004, Jennifer Kuhnert realized that faith and spirituality can play a valuable role in that transition. That was when she first recognized the call to be a chaplain.

This is the video of the Change of Command for the U.S. Army Corps of Engineers, Charleston District. Lt. Col. Rachel Honderd assumed command of the District from Lt. Jeff Palazzini. 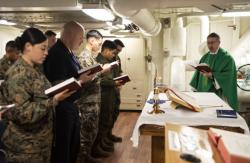