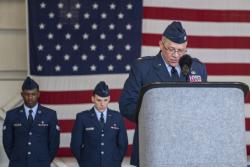 U.S. Air Force Maj. Jeffrey Scott, a chaplain with the 1st Special Operations Wing, leads an audience in prayer during the 1st Special Operations Medical Group Redesignation Ceremony at Hurlburt Field, Florida, June 7, 2019. The Redesignation Ceremony is the first of over 60 ceremonies happening over the span of the next year within the Air Force Medical Service community. The Redesignation will allow the 1st SOMDG to ultimately enhance medical readiness and duty availability while sustaining the delivery of high quality care to all beneficiaries. (U.S. Air Force photo by Airman 1st Class Joel Miller) 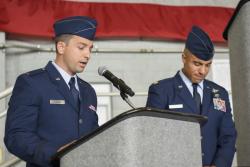 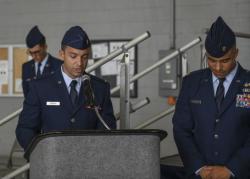 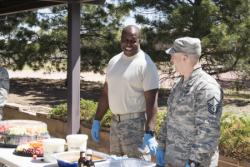 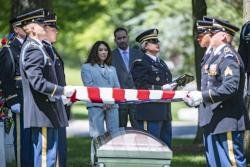