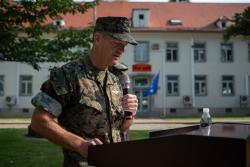 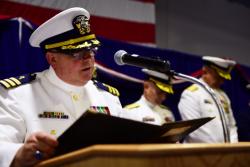 U.S. Navy Lt. Hal Jones prays at the base of Mt. Suribachi, Japan, July 2, 2019. Jones, the Navy Chaplain of 7th Communication Battalion, spoke with the Marines and Sailors and did a moment of silence to honor the service members that died in the Battle of Iwo Jima. (U.S. Marine Corps photo by Lance Cpl. Brienna Tuck) 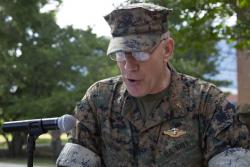